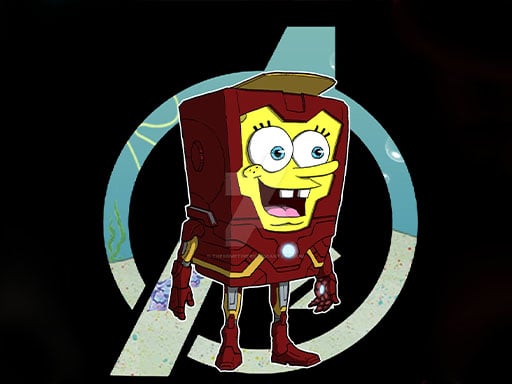 SpongeRobert SqaurePants, is a sea resident of Bikini Bottom. He assists Sandy in a project using "imagination", a suit of armor that SpongeBob continued to wear to combat crime around his home city. He became a billionaire that caused jealousy of his boss Mr. Krabs, who attempted to kill SpongeBob but he defeated him, becoming known as the superhero "Iron Sponge".