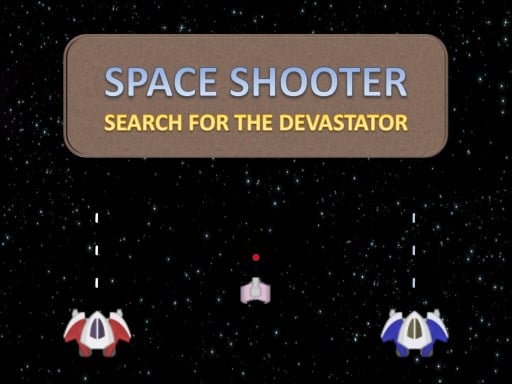 Space Shooter Game which you can play as a single-player or 2 players. Battle against giant asteroids and enemy ships. Fight bosses, gain new upgrades after each battle. Can you reach the devastator and defeat it? Player 1: Arrow Keys To Move Player 2: A, D To Move