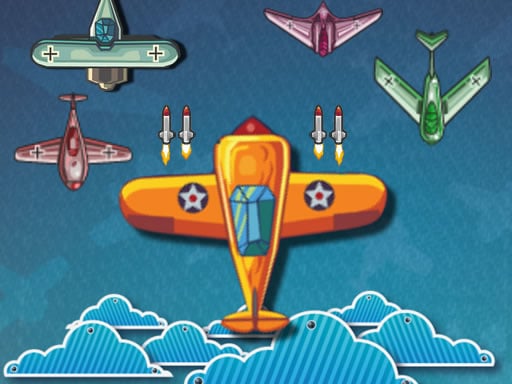 The open skies are your battlefield in this scrolling shooter game. Pilot your fighter plane as you engage enemy aircraft in thrilling dog fights. Move through the level trying to gun down as many enemy airplanes as possible. Collect as many coins as possible to make the best score, who will win the battle for air superiority?