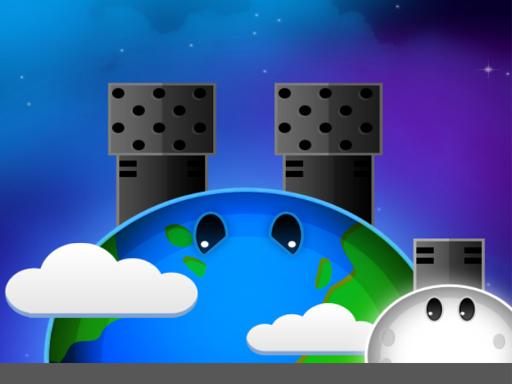 The Earth is being attacked! Many evil planets invaded the Solar System and want to destroy the Earth. But the Earth will attack! And the Earth will not be alone, the moon will be together in this battle. There are many weapons, evolve, increase its speed and survive to Destroy all planets! And an exciting end. Earth Attack is a great game with 10 levels, many enemies, effects, sounds and animations. It is a game with the evolution of weapons, life and speed.